Huawei has been caught misleading the public by falsely showing a couple of images taken from DSLR camera as the photos captured using one of its phones. The fake images were a part of a video collage that was posted on Weibo to call in fans for an ongoing photography contest. This is notably not the first time when the Chinese company has been spotted promoting the camera of one of its flagship phones using an image taken by a DSLR camera. It, in fact, has a unfortunate past record of using fake images to highlight photography prowess of its phones.

The contest called “2020 Next-Image Awards” was being promoted on Weibo by Huawei through the video collage. The company originally claimed that all the images in the video were taken using a Huawei phone. However, it was later pointed out by a user on Weibo that two of them were captured using a DSLR camera — also available on photo-sharing site 500px. 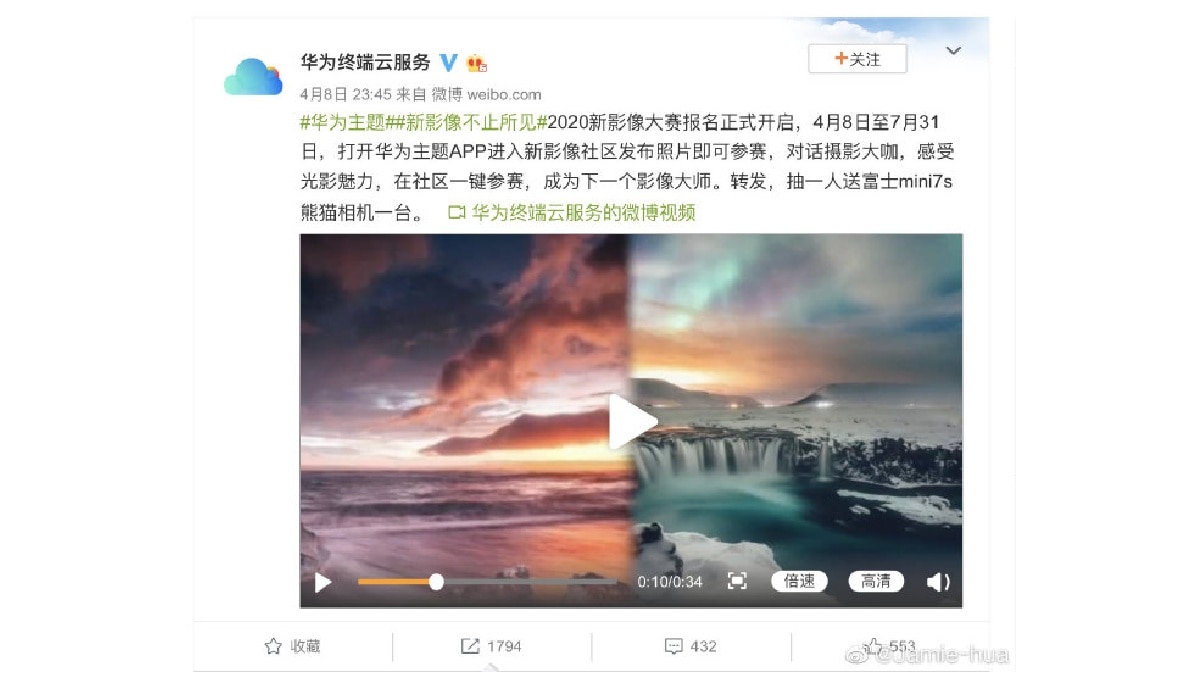 The user, who notably won the second place in the 2018 iPhone Photography Awards, noticed that the fake photos were actually taken through a Nikon D850 — not a Huawei phone that was initially claimed by the company.

Ultimately, Huawei had to acknowledge the misleading move and post an apology on Weibo that says the photo was “wrongly marked” due to “an oversight by the editor.” The company has since also updated the collage video, as reported by South China Morning Post.

If we look at some historical records, Huawei had been caught making such false claims in the past as well. The company was spotted using a DSLR camera to fake selfies captured using the Nova 3 phone. Similarly, it was found to have used some DSLR images to tease the camera capabilities of the Huawei P30 series. Samsung was also caught using a DSLR image as a false shot of a Galaxy A8 back in 2018.